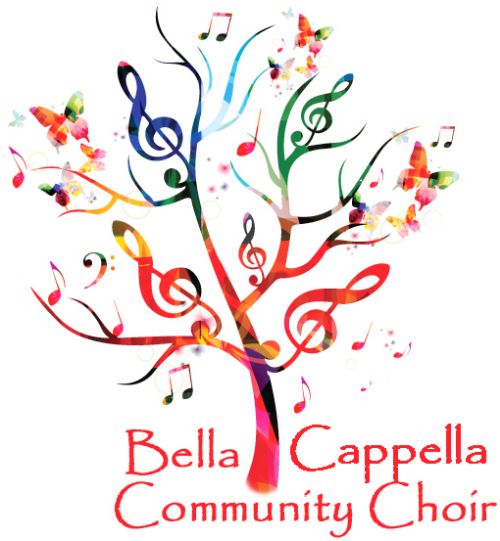 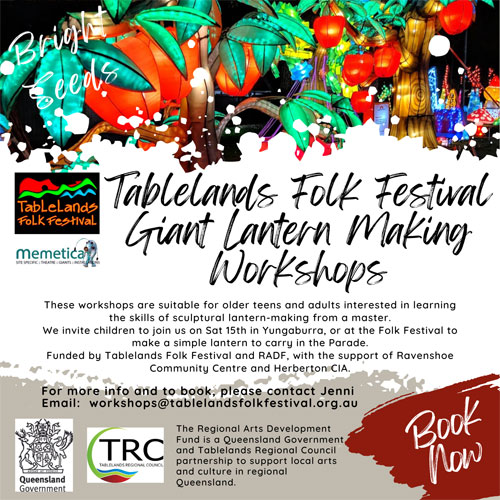 The Bright Seed Lantern Project brings giant puppet-maker Daniele Poidomani of Memetica to work with interested people on the Tablelands to create giant lanterns inspired by the seed of our native forests. These lanterns will be the feature of this year’s Festival Parade, representing not only our respect for the natural environment, but also TFF’s commitment to planting the seeds of creativity and music in our young people. The lanterns will then be displayed by their makers in the community.

These workshops are suitable for older teens and adults interested in learning the skills of sculptural lantern-making from a master.

We invite children to join us on Sat 15th in Yungaburra or, at the Folk Festival to make a simple lantern to carry in the Parade.

For more info and to book, please contact Jenni – workshops@tablelandsfolkfestival.org.au

Funded by Tablelands Folk Festival and RADF with the support of Ravenshoe Community Centre and Herberton CIA.

The Regional Arts Development Fund is a Queensland Government and Tablelands Regional Council partnership to support local arts and culture in regional Queensland.

We’re thrilled to feature the ever popular North Queensland icons, Mangrove Jack as they take to the stage in a brand new line-up for the September 24 Yungaburra Sessions.

Mangrove Jack have been a mainstay of the local music industry as performers, mentors and Festival organisers. They’ve travelled the World with their music, traditional Oz, Celtic fusion, original songs and a few handy covers.

This will be the final Yungaburra Sessions for 2022 with the big event looming on the horizon.

Mangrove Jack on stage from 7.30 pm

Having recently arrived in Queensland from the UK, where he has had great success plying his trade on Brightons renowned music circuit, Joe McCarty brings with him a unique brand of pop tinged with jazz and folk elements. Expect CSNY harmonies, Harry Nilsson style songs held within intimate, captivating live performances.

Deta and Rob Rayner from The Beez: Stranded in Australia!!

That’s right! Probably one of the only international acts currently in the country-and loving it!

Deta C. Rayner (accordion and vocals) and Rob Rayner (guitar and vocals) unwittingly missed the Last Plane Out of Sydney and will be presenting a yodellin´, thigh slappin’, lederhosen wettin´ fest of Beez music featuring the Beatific Beats of their Bavarian Boombox.

You´ll thrill to comic classics from the likes of Rammstein and Bonnie Tyler; you´ll tear off that dirndl and shake a Teutonic Tailfeather when you catch a glimpse of Nena’s 99 Red Balloons; you´ll swoon to Marlene Dietrich´s Lili Marlene but, most of all, you´ll be entertained-and that’s an order!

The Beez 2020 Australian tour was rudely interrupted in March, so here they are to make amends with an evening of Dancefloor -Compatible Deutsche Derring-Do, featuring Deta´s fabulous “Brunhilde Bass“ accordion .

One octave below the conventional accordion bass, this is an Alp-quaking tone of Wagnerian proportions.

Melded with Rob´s custom Höfner “Blitzkrieg“ guitar, it´s an irresistible rockin´ polka machine held together by the marching rhythms of a loop machine by the name of Wolfgang Amadeus and, of course, those gorgeous harmonies and cabaret sensibilities which are the icing on the Schwarwälderkirschtorte. 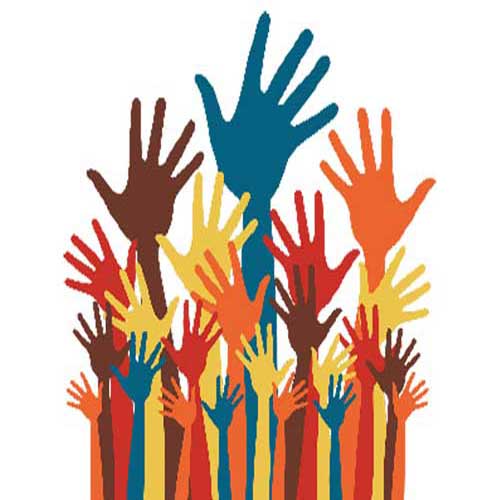 Then fill in and send the Expression of Interest form:
www.tablelandsfolkfestival.org.au/volunteer-eoi/

JuJu Moon is the song writing, recording and production collaboration between Ian and Karen Stewart.

Based at Mission Beach, they are supported by a wonderful band of musical friends including a punchy rhythm section, virtuosic vocalists and soaring horns. Franny Francis-Piper on backing vocals, Kent Gibbins on bass a guitar, Ian Preece on drums, Kym Hall on sax and Shabaun Jones on trumpet.

The band has played festivals, venues and events in FNQ for years including the Tablelands Folk Festival, Palm Creek Festival, Cassowary Festival, The Tanks, Resonate and Northern Exposure 2021.

Their music can be heard on local and regional radio stations including ABC Far North.

Band members celebrate the energy that everyone brings to the gig. At the Yungaburra Sessions on July 23, the JuJu’s will include songs from their new album, encompassing simple joys and existential questions.

Enjoying a set with JuJu Moon is like having a fabulous ‘JuJu’ party with some great mates you’ve known for years. It’s a family – we call it the JuJu family.

The band members acknowledge everyone’s quirks and celebrate the fun energy that each person brings to the gig.

Punters at a JuJu Moon set have often remarked on how that energy between each band member is obvious and that all look like they are having a great time – that’s because they are.

Join the JuJu’s as they fire up their amps, horns, drums and voices and perform their original songs about much of the human condition; love and lust, life and death, from simple joy to ‘what the hell is going on here?’ 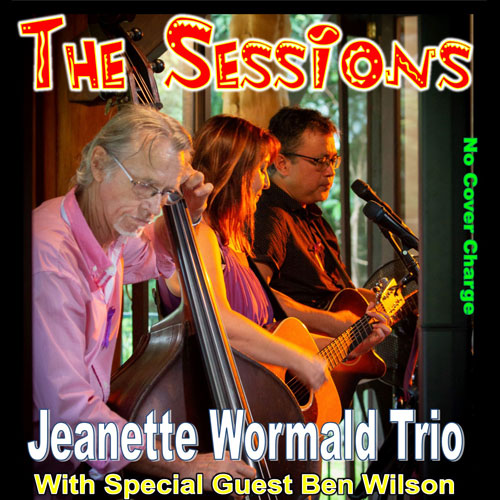 Tablelands Folk Festival Association is going all out to bring you a treat with these two fantastic acts on the same night.

Born and raised on chalky southern shores of England, Ben ‘Banjo’ Wilson now resides in the great Northern Tablelands of QLD. Having played at festivals all over Australia, Wilson is well versed in the traditions of folk, old time and country blues. Originals and traditionals are accompanied by banjo, guitar, harmonica, and a voice that cuts like a knife through butter.

With five albums to her credit, Jeanette Wormald has won national and international radio airplay and critical acclaim for her voice and her original songs inspired by the Australian landscape.

“It was Jeanette’s voice that first turned my head. Her resonating truly Australian flavour encapsulates the Australian Bush and helps to tell stories showing a deep understanding and experience rare to storytellers. Not confined or restricted to a particular style, Jeanette’s obvious love of the Australian Outback from the red deserts to the lush rainforests, from the opalescent seas of the north to the rugged, scoured coastlands of the turbulent southern oceans come alive in passionate songs.” – MICK HODGKINS Tablelands Folk Festival

“Evocative lyrics and a beautiful melodic voice so clear you can hear every word…” – FIONA SEWELL, ABC FAR NORTH

Wormald is a story-teller. Her original songs, powerful stage presence and skilled musicians combine to take listeners on a musical journey through shades of folk, roots, jazz and blues into Australia’s heartland.

Join us for a great night of music at the iconic Yungaburra Pub for the June 2022 Sessions.

Folk Music Jam Session from 3 pm on the pub verandah

Ben Wilson and Jeanette Wormald Trio from 7 pm in the Pub Ballroom. 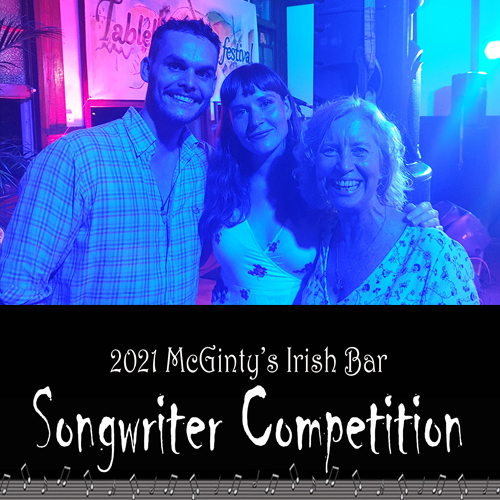 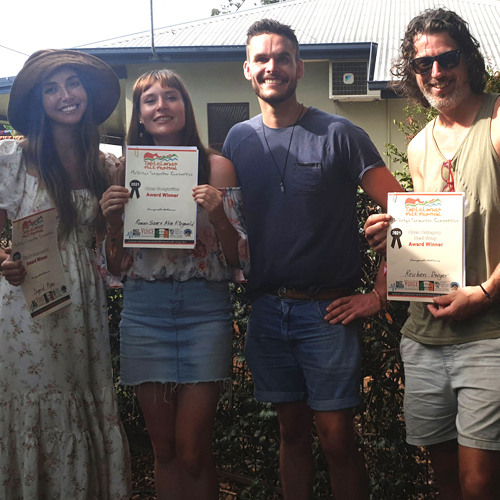 Then fill in and send the Expression of Interest form:
www.tablelandsfolkfestival.org.au/test-songwriters-competition-eoi/ 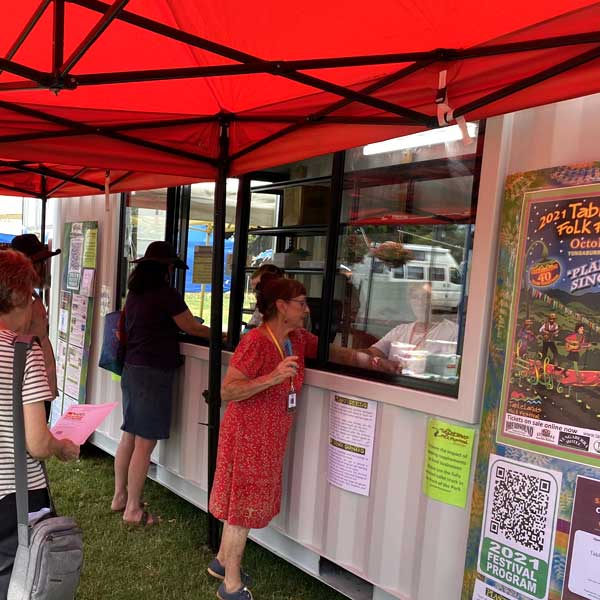 Applications for stallholders are now open.